Lisbon or Lisboa as locals call it, is a one of the most romantic cities of Europe in a very rustic way.Spread over seven hills, this charming& enchanting city at the edge of the Atlantic Ocean and has the river Tejo bordering it. Best explored on foot, the meandering  colourful streets of the city are dressed in pastels & blue tiles, it has historic trams criss crossing the roads, some of the best food & quite a nightlife culture  – everything a traveler could ask for ; and all this at highly affordable prices. Here’s a quick guide to discover the best of Lisbon.

The neighbourhoods of Old Town Lisbon :

Lisbon is clearly divided into its neighbourhoods & suburbs and each of them has its own character. The downtown is Baixa with high ends shops & banks, Chiado & Bairro Alto are the alternative neighbourhoods with bustling bars & clubs , Alfama is the historical part known as a cultural hub. We chose to stay in Graça , a slightly off beat choice which is usually not a part of the Lisbon Guide books. Its very much a part of the Old Town and is situated at the top of one of the hills. It offers tranquility, some amazing views of the city as well as some very nice hidden places to explore. The famous Tram28 starts from this neighbourhood and its overall very well connected. 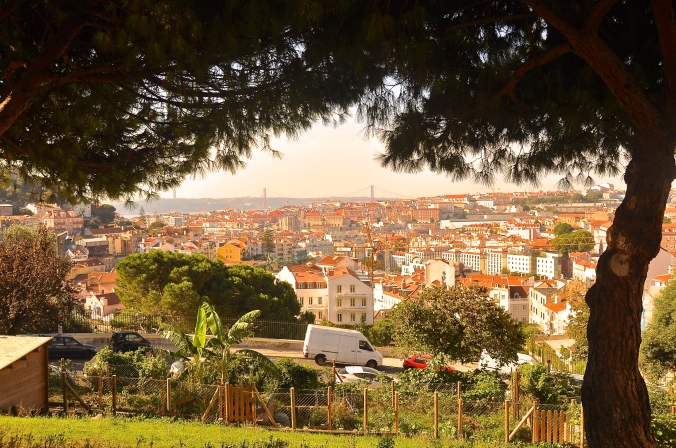 View while walking down from Graça

Some things about Lisbon you just have to observe: The whole city of Lisbon is painted in pastel shades , the most prominent being this pastel yellow, I asked many locals about the relevance of the colour, however it just seems to be a colour of preference in Lisbon – it definitely does reflect the perfect sunny weather the city enjoys most months of the year. 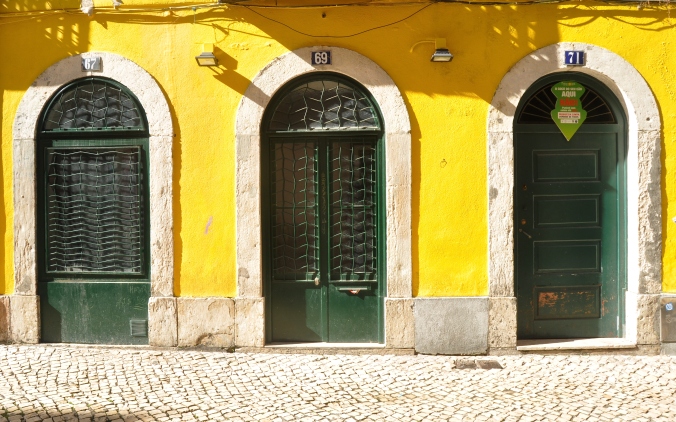 The colour of Lisbon

Another thing to observe are the patterns of tiles in all the squares of the city, there are varied patterns made with grey & black tiles that are there to be spotted across the city.

The street art in Lisbon is quite characteristic in its form, it mostly uses caricatures and displays everyday life in the city. This one here as you can see talks about “Fado”, their local folk music.

The use of tiles in Lisbon buildings – its all over the city, the tiles are used on building facades as decoration, as art pieces and as signages on shops. These tiles or azulejos are uniquely Portuguese, & were introduced to Portugal during Moorish times. You can still see this influence in some of the designs with strong geometric patterns and contrasting colours. 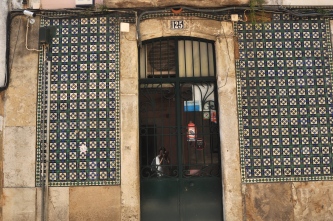 Must Do’s in Lisbon:

Take a walk through the neighbourhood of Alfama, it houses the oldest church in Lisbon as well as some of the best views in town. This part of town is known for its “Fado” music which is played in many restaurants as well as old narrow lanes. Its best to explore Alfama on foot

The best view point of Alfama is the Miradouro de Santa Luzia (Santa Luzia Viewpoint). From here there are wonderful views over the tiled roofs of Alfama and out across the Tejo Estuary.

Keep walking up and you reach the Lisbon Castle (São Jorge Castle). It is a Moorish castle overlooking the historic centre of Lisbon. This fortified castle is on a hilltop has been restored and offers some of best views of the city

Take a ride on the historical Tram 28 – this tram goes pretty much through the entire city. In any other place, this would be sitting in a museum, but in Lisbon this classic Trams are very much a part of the everyday public transport system.

Lisbon has quite a night life and one of the best places to experience it is at the famous Pink Street. We got there one evening and little did we expected the street to be actually painted pink in colour! The whole street is lined with bars, pubs and clubs; we spent the evening in a hidden first floor club which was probably playing the best music I’ve heard  in a long time.

Eat the famous Pasteis De Nata. These custard tarts are a staple in Lisbon and you’ll find them everywhere. When they’re good, the pastry is crispy and flaky, and filled with a smooth, creamy egg custard that’s not too sweet.They are served fresh out of the oven with cinnamon dust on top. The most famous place to get these are at Pasteis de Belem, in Belem district, and its sure worth going all the way to get a taste of these.

Talking of Belem, this is a suburb of Lisbon around 5 km from old town is situated at the bank of river Tejo, it houses some of Lisbon’s most notable attractions. It is said that this area first started inhabited by the elite who wanted to get out of the crowded old town. The Belem Tower is a Moorish styled tower was a guard post to protect the city from attacks from the sea. Today go there for a relaxed evening , grab a glass of wine and enjoy the sunset. 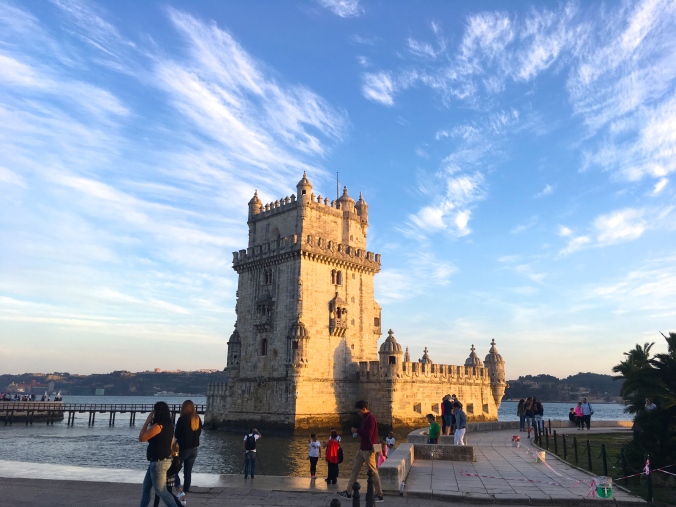 Belem has a lot to offer – Jardim da Praça do Império which is the largest plaza in Europe, Museu da Marinha that details Portugal’s maritime history, Mosteiro dos Jeronimos monastery that houses Vasco-Da-Gama’s tomb, the Discoveries Monument, Belem Palace & more. Most people treat this as a half day trip, but it definitely deserves a full day to explore it properly. 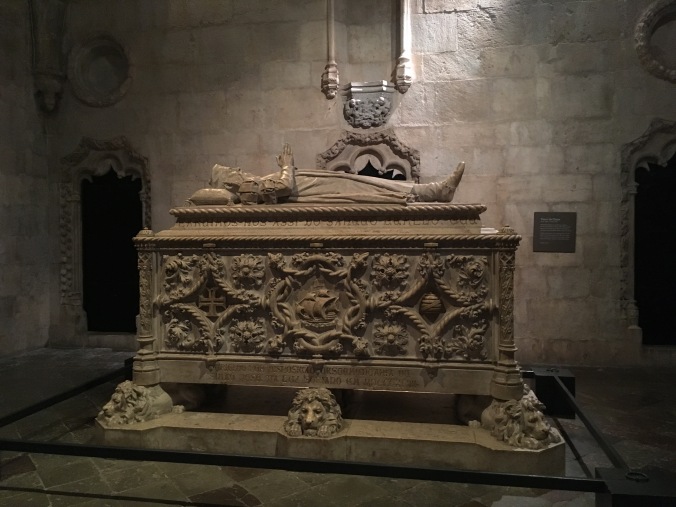 Take a ride on the Ponte 25 de Abril (April 25th Bridge), Lisbon’s own Golden Gate Bridge. Its infact been built by the same construction company and gets its name from the Portuguese Carnation Revolution of 25 April 1974. Across the bridge you’ll spot a replica of the statue of “Christ the Redeemer” which Brazil gifted it to Portugal, its much smaller than the original but looks exactly the same.

Day trips from Lisbon: Lisbon is nicely located to offer lots of day trip options, while we couldn’t do them all, here are a few ones I would recommend: 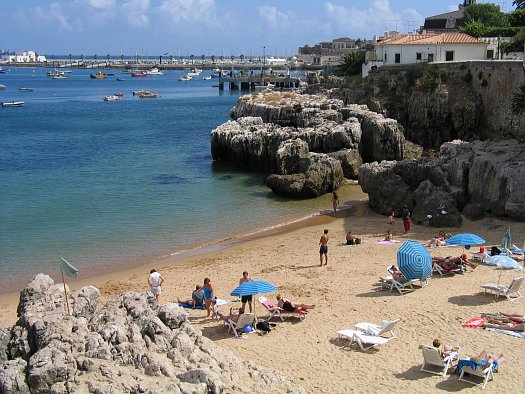 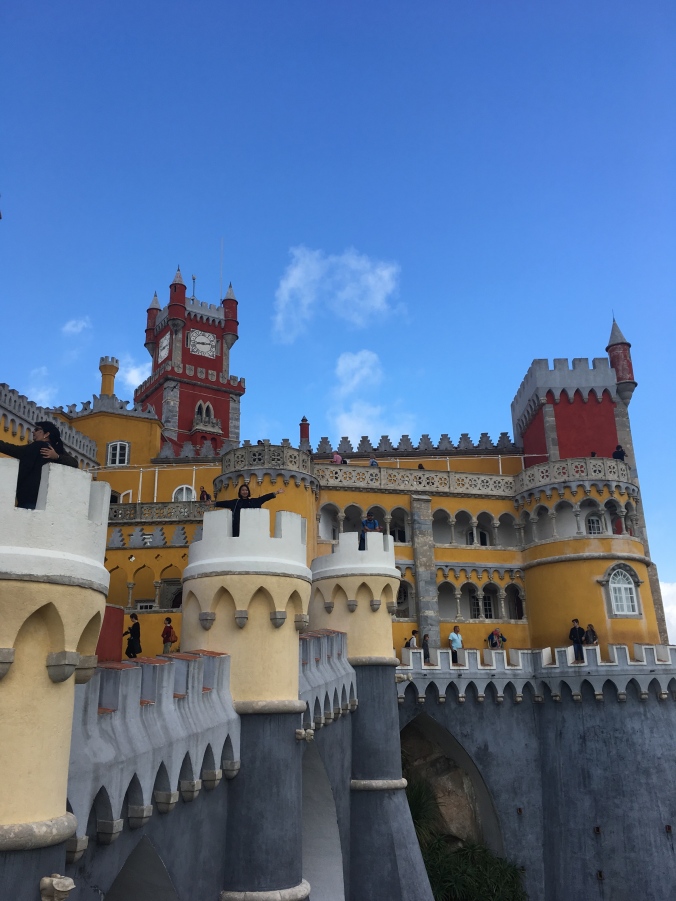 This was just my first trip to Lisbon, and what I feel about it is put perfectly by ― Pascal Mercier,from the movie  Night Train to Lisbon

“We leave something of ourselves behind when we leave a place, we stay there, even though we go away. And there are things in us that we can find again only by going back there.”

So Lisbon, I’m coming back for more..

From Lisbon we picked a car and headed to explore Portuguese Wines in the Alentejo region. Read about it here

10 thoughts on “Lisbon : A guide for the first time visitor”